Literary analyses essay is one of the tasks that students often are assigned during the educational process. Skill to analyze is one of the important qualities that help us in our life journey, and the ability to analyze a piece of literature teaches students to extract the most relevant and necessary information from what they read.

How Do You Write a Good Literature Analysis Essay?

When you are given the task to write a literary analysis essay you should do the following:

What are the Elements of Literary Analysis Essay?

Before you start writing your essay, you need to clearly consider its plan. The aim of an outline is to structure your thoughts in a coherent and logical text.

Immediately after you have received the topic for your future essay, ideas and images will begin to arise in your head. Take a piece of paper and make notes of what comes to your mind. Later on, you will be able to develop them into the whole essay.

You should think carefully about what you want to say on the topic. Write down your ideas on the paper, and when you have all your ideas before you, you will easily decide in what sequence you want to display these thoughts in your paper. This is necessary for a clear structure of the essay.

In the introductory part, the information must be written as if it would be read by someone who knows nothing about the topic. Here you must reveal the theme, problems and relevance of your essay.

When writing an intro part, try answering the following questions:

In the intro section you should present your thesis statement. It should be a sentence long formulated main focus of your analysis. And remember, an introduction is the first part the reader looks at. It should be catching the reader’s attention and making them want to read more and more.

Once the intro part is done, proceed to write the body part. The main part is an analysis of a literary work in the aspect provided by the theme. Do not forget that you must not retell the piece of literary work you are analyzing. Here you should highlight all your thoughts, emotions caused by the work.

You should support each thought by examples from the original text. Feel free to give your own assessment of the character or the circumstances in which the character found them. This makes any essay brighter and more impressive.

The main part is, for the most part, your own reasoning about what worries you in the whole story. Show here the evolution of your thought, the moment when your impression and ideas originated, how it evolved and what conclusion you finally came to.

Your essay should end with a conclusion. The main requirement of the conclusion is that it is not just formal. Your reader should not doubt its necessity. The conclusion should be organically linked with the previous statement.

So, in the final part you need to answer the question asked in the introductory part. This is a kind of brief theorem developed through the previous parts of the essay.

After you are done with this part, be sure to review your essay for compliance with the original plan. Check the mistakes and inaccuracies. If you have a chance, ask a family member or a friend to read your paper and give their feedback.

What is an Example of Literary Analysis Essay? 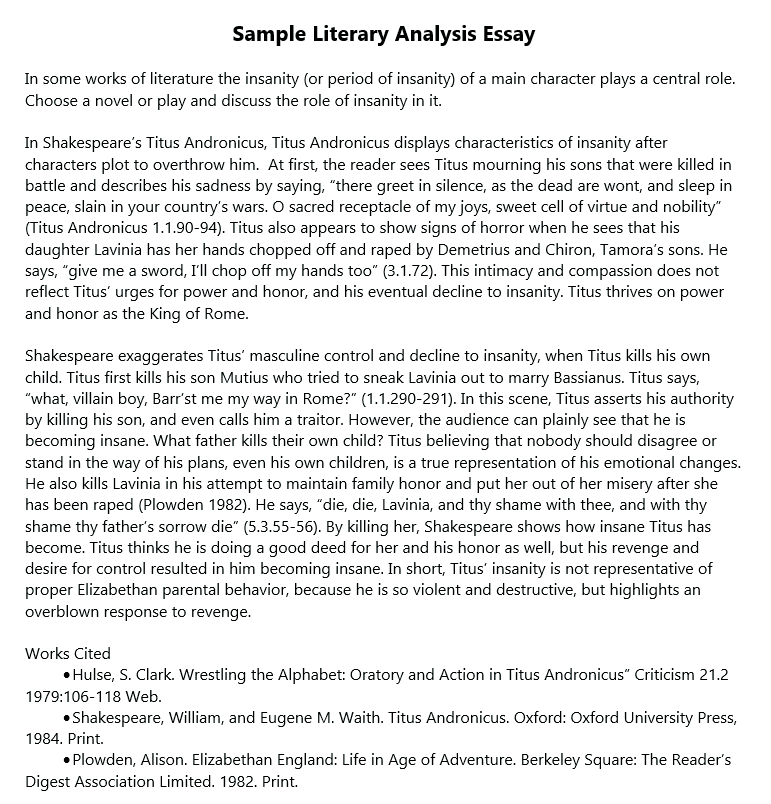 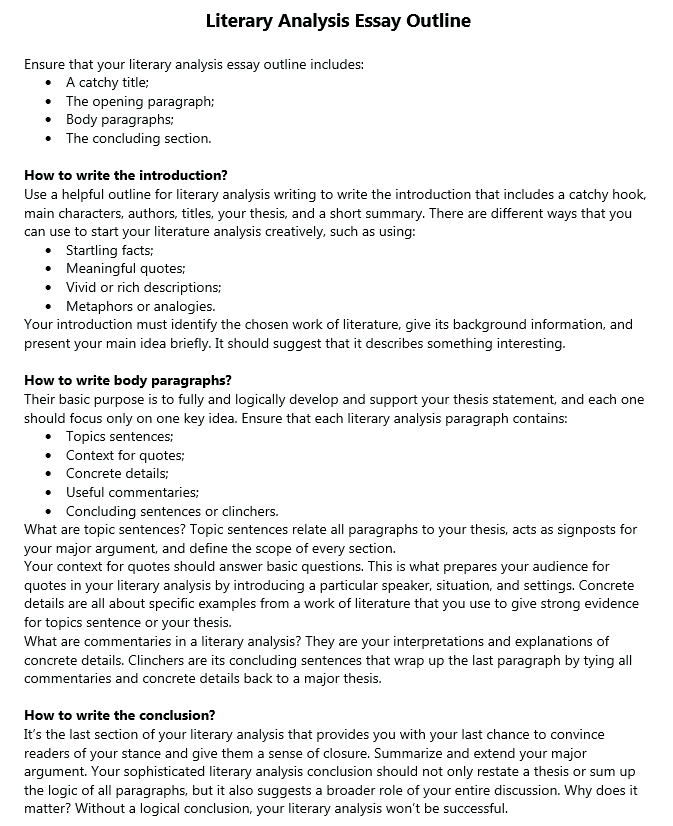 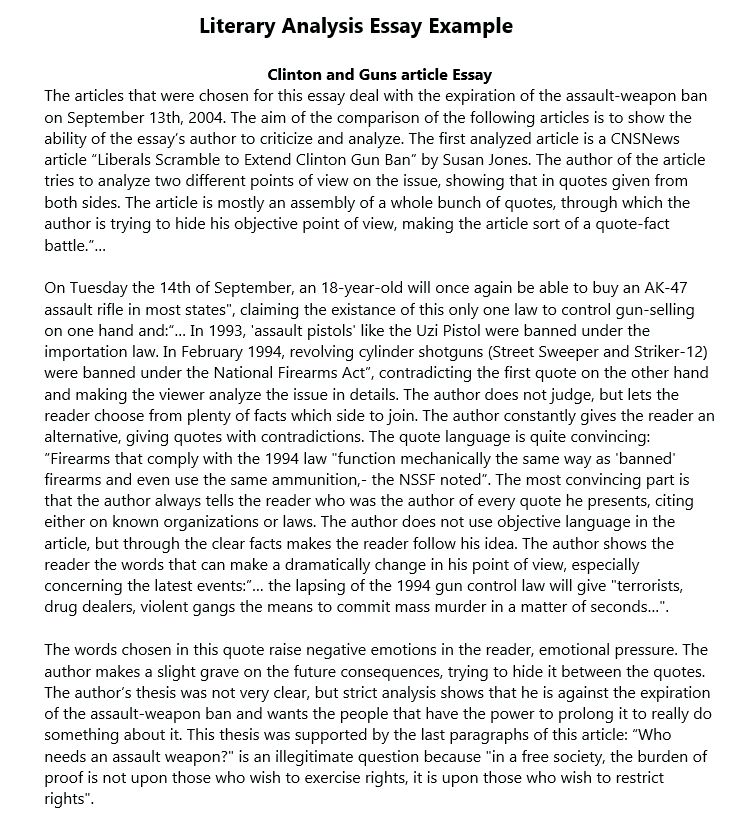 Shakespeare was the greatest humanist playwright in England. His work is the pinnacle of Renaissance literature. The great playwright spoke about the eternal and unchanging, – about man.

Shakespeare’s first biography was written when none of his contemporaries were already alive. Poverty of biographical data led to the emergence of the so-called anti-Shakespeare theories, i.e., the assumptions that the actor William Shakespeare was not actually the author of the plays known by his name.

But whoever was behind the name of the great playwright, undoubtedly, he was a very gifted man. Shakespeare surpassed his contemporaries with the skill of building an action, the power of the image of conflicts, reflecting the contradictions of the era. He raised the art of depicting a man, revealing human feelings and passions to the new level.

The Hamlet – tragedy of humanism, the impracticability of its ideals under the conditions of this epoch is realistically depicted in Shakespeare’s work of the second period.

In the tragedy of Hamlet, the great playwright with the greatest depth reflected the problems of contemporary England. The Danish prince Hamlet is a wonderful image of a humanist confronted with a new world. The murder of his father reveals to Hamlet all the evil reigning in the country. The obligation to avenge the murder of his father for Hamlet is not just a blood feud. For him, it grows into the public duty of the struggle for a just cause.

But I think that this is not quite the case. Hamlet returned home from the University of Wittenberg, passionately in love with art, theater, he himself writes poetry. Hamlet is a man of critical thought. This is a pronounced feature of the humanistic era. He does not take the message about the crime of the king on faith, as was typical of a medieval man, but seeks to verify everything himself. He is keenly perceptive and deeply analyzes the phenomena he encounters.

Hamlet expresses the powerful force of the senses, which distinguished the people of the Renaissance.  Hamlet is noble and comes from the high humanistic ideas about man. It is from here his bilious bitterness when he is confronted with the world of lies and villainy. 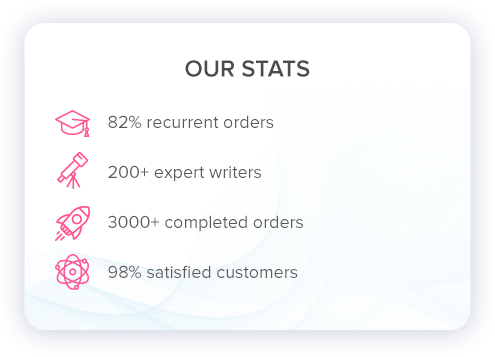 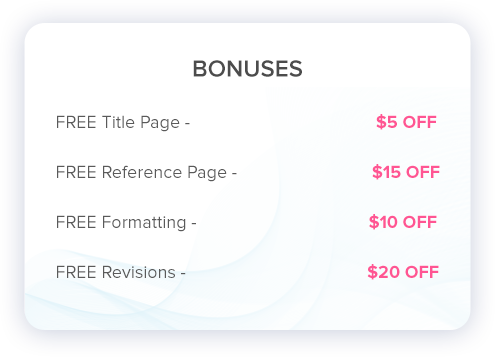 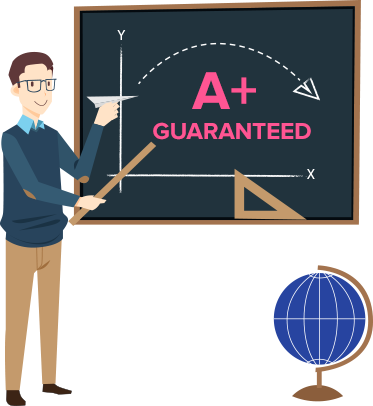